Our range 2022 of Char-Broil with 33 models available and offered for sale from € 23.73 , in Prompt Delivery and Free shipping. Purchase directly from AgriEuro with no third parties nor unwanted surpreses: compared to the other online markets, who rely on third dealers (it means no assistance nor warranty), we offer Direct and Complete Assistance, which starts from pre-sales service up to after-sales assistance. The items are directly shipped from our AgriEuro distribution centre. Thus, we are the only online seller providing After-Sales Assistance for the Char-Broil products and supplying Spare Parts (you access the exploded drawing once entered your Account). 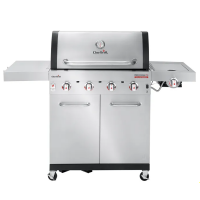 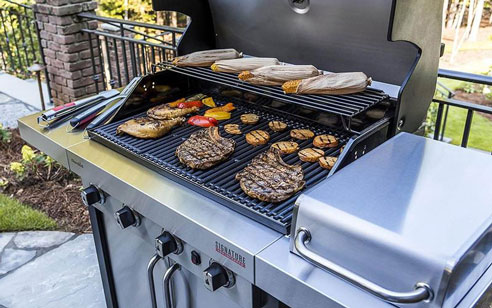 Char-Broil, a grill for every griller

Char-Broil is an American company founded in 1948 in Colombus, Georgia. In that same year, the company brought one of the first charcoal BBQs to the market. At a time when outdoor cooking was not very common, Char-Broil gave America a new opportunity for leisure that quickly turned into a deep-rooted tradition and an identifying feature of its popular culture: the backyard barbecue.

For decades, Char-Broil has been innovating to make grilling easier and more affordable, for both less-experienced customers and cooking professionals. Almost 60 years after introducing the first charcoal barbecue, another game-changing innovation is introduced: the TRU-Infrared system.

A stainless steel plate positioned just below the cooking grids delivers intensive and even heat distribution over the entire cooking surface. This system allows the food to be cooked quickly, evenly and safely with less gas consumption, retaining moisture for juicier, delicious meat.

The Char-Broil brand offers various categories of barbecue. The most popular are: