The BullMach FLORA 40 garden tiller is a single-speed compact and user-friendly machine.

Its performance and ease of use make this garden tiller ideal for hobby and occasional use.

Perfectly suitable for surface soil tillage in vegetable gardens, gardens and greenhouses with limited soil penetration. Thanks to the folding steering handles and the overall light weight, the machine can be easily transported. Also remarkable are the ergonomics of the controls and ease of use combined with safety at all times for the operator.

This garden tiller model is recommended for soil furrowing work. 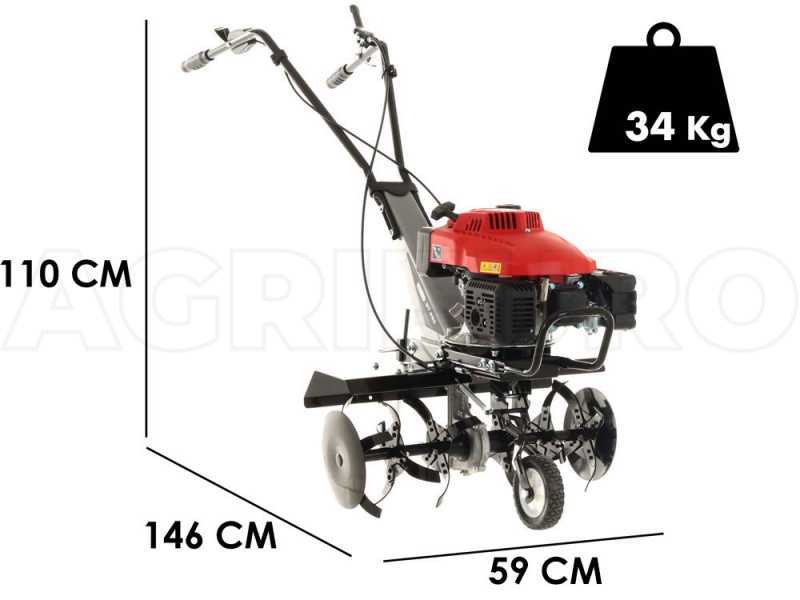 The engine is lightweight, high-performing and suitable for works that require a good amount of power.

Focus on the air filter.

Focus on the starting primer bulb

Nominal Power: 5 Hp
The correct term would be "Commercial” Power, meaning the standard definition used until a few years ago by all well-known engine manufacturers.

* This technical feature is the one indicated in the main sales channels, even if it is higher than the real power of the engine.

Rated power: 4 Hp
It refers to the real power of the engine. This is the power indicated as official in the engine instructions manual.

* This technical feature may vary from an engine model to another according to the rotation speed provided by the manufacturer.

The engine is PROVIDED WITHOUT OIL.
Carefully read the instruction manual before starting the unit. 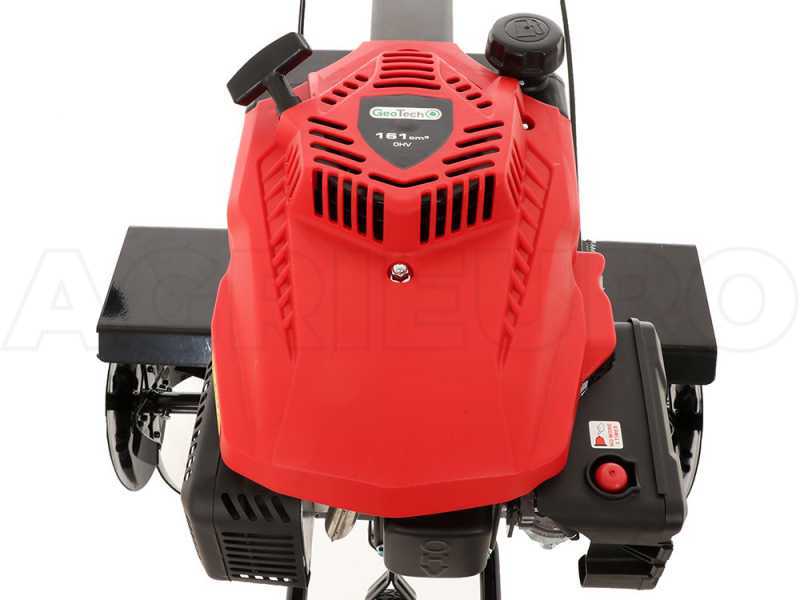 Tine: 56 cm with 6 rows of rotary hoes and with side protection discs.

The front transport wheel is equipped with a quick spring system, which is adjustable in two positions. With a simple operation it can be raised (while tilling) and lowered (for transporting the machine).

Focus on the adjustable stake for a retaining lever effect, for improved efficiency and performance of the garden tiller.

Focus on the front bumper.

The tine is adjustable and can be increased up to 35 cm by simply removing the crop protection disc and a single row of hoes.

The transmission may be shipped without oil, carefully check the unit before starting the machine. 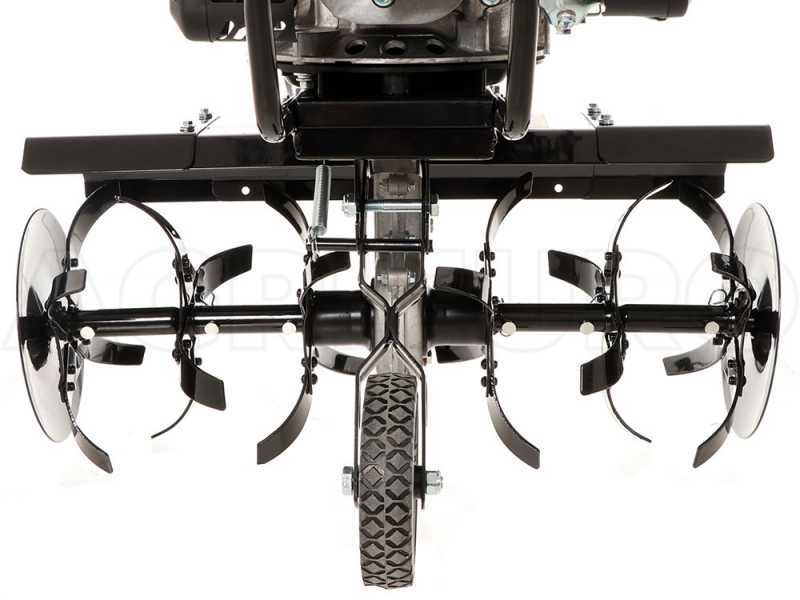 The controls of the garden tiller are all located on the steering handles.

The upper black lever engages the forward gear, and is equipped with a safety system.

The steering handles are height adjustable by means of a special lever.

The machine is also equipped with a start/stop button. 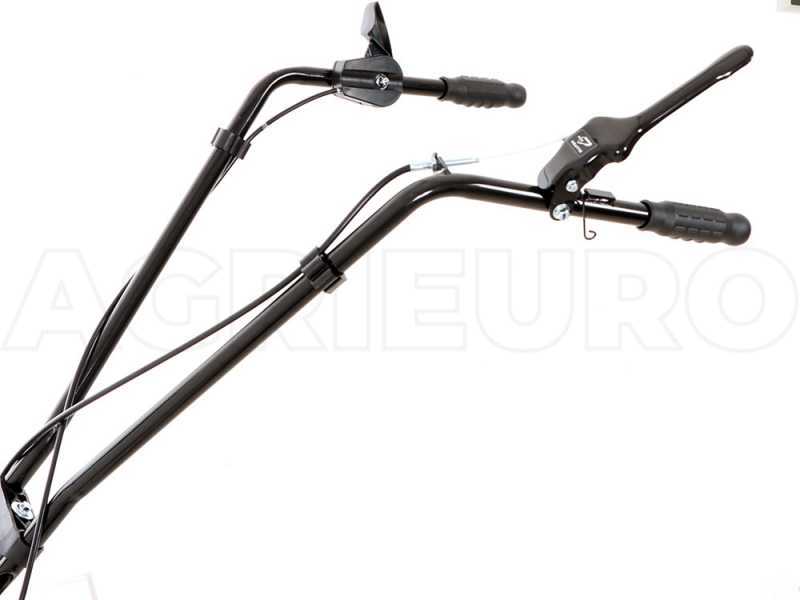 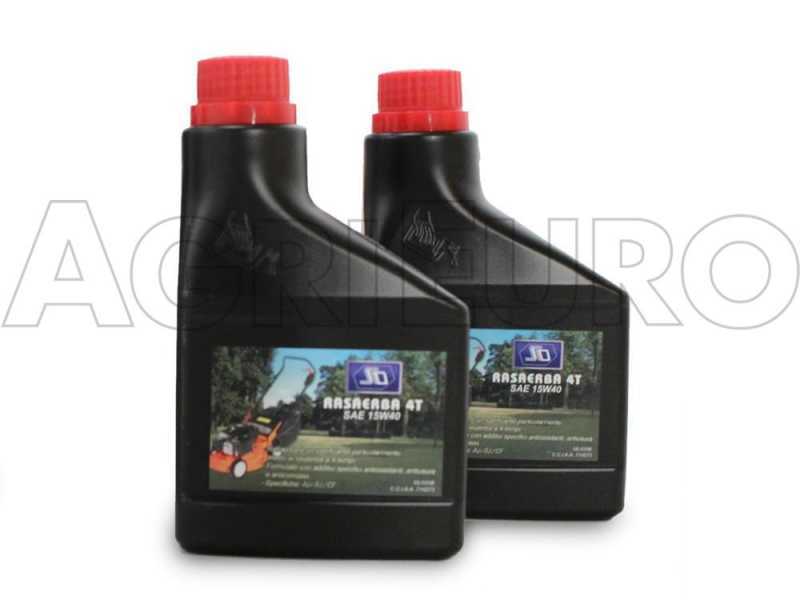 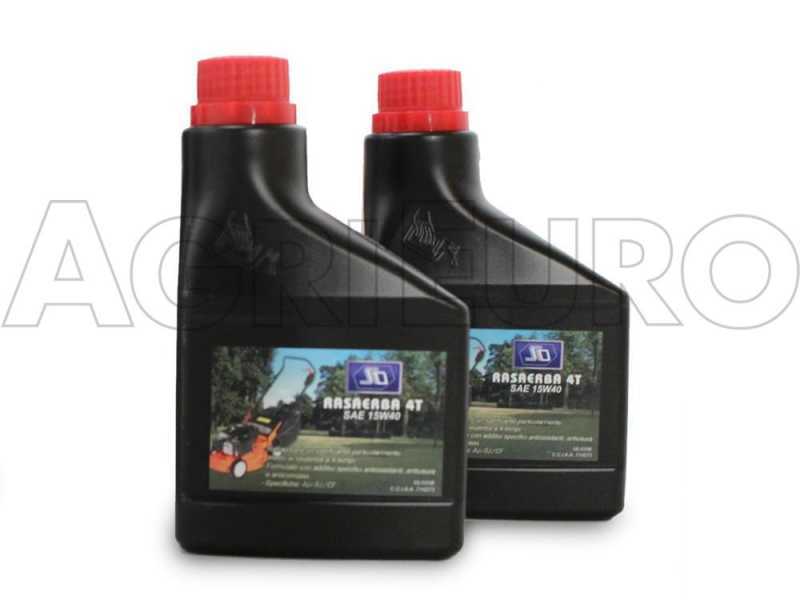 The garden tiller is shipped in its original packaging. 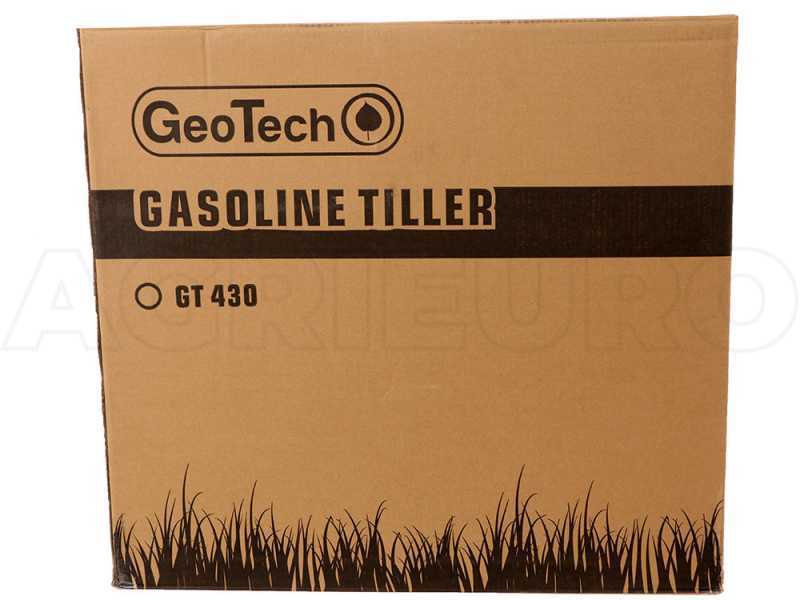